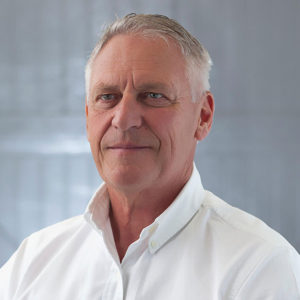 Steve’s interview was broadcast on February 25th and covered topics that included the great franchise opportunities available with Garage Living, the services and products we offer, and more.

Listen to an edited version of the interview below or read the transcript.

What Garage Living does

Garage Living started about 12 years ago and we concentrate on the underutilized prime space in your home, which is your garage. It’s square footage that isn’t being used to the utmost, so we convert your garage space. We have custom flooring, cabinetry, organizers, and our design consultants take a look at what the client’s needs are and they do a design for that garage space.

What if I’m a sports enthusiast – what can you do for me?

If you’re into golf, as an example, we have golf caddies that hang on the slatwall that we would put into the garage. For somebody that’s into biking, we have racks that hang bikes horizontally or perpendicularly. We have solutions for tennis, canoeing, and everything depends on what the client is wanting their garage space for.

Some might want to put three cars in a double garage and in that case we would recommend them putting a residential car lift in. So we really look at the space and what the client needs.

Tell us what’s new at Garage Living. I know two or three years ago you guys expanded a little bit, so tell us how you’re making out with that.

It’s going very well. Originally, we wanted to set up branch offices, but it was very difficult having people move from Canada down to the States and getting Green Cards, so we decided on a franchise model.

We opened our first franchise location in Jacksonville with Gary DiStefano and at the same time opened two locations in Canada. At this point, we’re also now in Washington, D.C. (which also covers the northern Virginia market), Detroit, Miami, West Palm Beach, and Dallas/Fort Worth.

What markets do you see Garage Living entering in the future?

How we transform any garage space

I know you have challenges in the garage industry – what is Garage Living’s secret to organizing garage stuff?

When we meet with a client and do a design for them, we start with the floor. What we do is diamond grind the surface, we fill in any cracks if it needs any repairs, and then we apply a pigmented base coat down. Next, we put a decorative flake on top of that and there’s a lot of color selections for the client.

Then what we do is put a really durable Floortex™ top coat on that gives it a shine and really protects it. We also, in most cases, do the baseboards along the garage wall up as far as it will go so when you wash the floor it doesn’t get into your drywall and create mould, etcetera.

Then we look at cabinetry with our custom cabinet lines. Our five cabinet lines are all North American-made. Then we take a look at the walls and see what you need to put on the wall. Is it garden tools, electrical cords, working tools, tire racks? Finally, we’ll take a look at the ceiling, where we can put racks that can be used for lawn furniture and other seasonal items.

So you’re basically custom designing to the space and what the homeowner is using it for, making sure they can organize, and using that particular area that’s being wasted.

There’s that, Michael, and in the case of our Miami location, we had a client that wanted their double garage space converted into a home gym. On the back wall we put cabinets with a built-in TV and sink, prepared the floor, and hung slatwall so all of their gym equipment could go there.

Their kids do their homework there and they have their treadmill and elliptical trainer and they converted that garage space into a home gym. We made it a more useful area because it was really wasted space with junk that was thrown in there.

Create a multi-purpose space in your home with a fitness room garage.

What Garage Living is looking for in a franchise owner

What qualities are you looking for in a franchise owner?

What we’re looking for is someone who wants to run his or her own business. That’s critical. They need to be a motivated entrepreneur, but they need support and access to the best products and technology. They want to do their business, but they want someone to show them the way. That’s an important part of franchising.

One other thing I want to touch on is that when someone wants to consider starting a franchise, I think a really important fact is that according to Entrepreneur magazine, success rates for franchises are greater than 90%, making this the best success rate of any type of new business.

Also, research found that 20% of individual startups were still in business after seven years, but when they bought a franchise, the success rate was 91%, so what would you rather do? I think I’d rather go into a franchise system where the structure is set up for success for the individuals that are buying into the franchise.

Very good point. You have a better chance of succeeding because your successful module has already been laid out. All of the mistakes have already been made…you’re going to make some future mistakes, but you understand what I’m saying. All the growing pains and things like that have already been ironed out.

Exactly. We found that we’ve still got equipment that we purchased 12 years ago that we couldn’t utilize, so we’re going to ensure that the franchisee doesn’t make those errors.

Getting a Garage Living franchise started

So if someone wanted to get started, what kind of investment are we talking about?

To get started, we have to realize this is a showroom-based business and not a home-based business. You need to set up a showroom to show the clients your flooring, cabinets, slatwall, organizers, racking, etcetera. It’s approximately $215,000 as your initial investment to get started.

In the U.S., the Small Business Administration (SBA) is very good with starting a business. We’re an approved franchisor with them, so there’s a couple of programs you can tap into for working capital loans that are backed by the federal government.

We also have a leasing program we’re utilizing as well, so if you want to lease your grinder and some of your showroom cabinets, you’re able to do that. Of your $215,000, it really lowers the amount that you have to get out of your pocket. You need to leverage other banks and SBA to get this going.

Tell me a little about the quality of your products.

How about New Orleans as a potential future Garage Living market?

Now, you know this a national show, but I’m down in “The Big Easy” and I noticed when you were talking about your expansion in certain areas that “The Big Easy” was not among your destinations. What about New Orleans?

It’s a great market and I actually had someone that had called me about it. I ran the demographics and there’s 2.4 million people in that territory and 925,000 households, so it’s time.

We’ve got to run, my friend, but give us that website and how we can learn more about you guys.

It’s garageliving.com and there’s a franchise section there that lists all of our locations in the United States.

We’ll definitely get you back in the future and if we can give a business opportunity to somebody who might be looking for something, I think this is a great idea. And hey, you’re not even paying me nothing to say that, so it’s really a good thing.

I appreciate your time, Michael.  (end of interview)

Garage storage and organization is currently the fastest-growing category in home improvement. Learn more about joining Garage Living’s successful franchise network by filling out this form.